Putting down roots, dusting out the corners.

What makes a home your own? pulling weeds and planting your own flowers around the yard sucking up cobwebs and dust, sweeping out old dead leaves sitting down and enjoying the view, filling your eyes, ears, nose with the world around you talking to the insects and feeding the birds Pleasant, pastoral work. Sweat on… 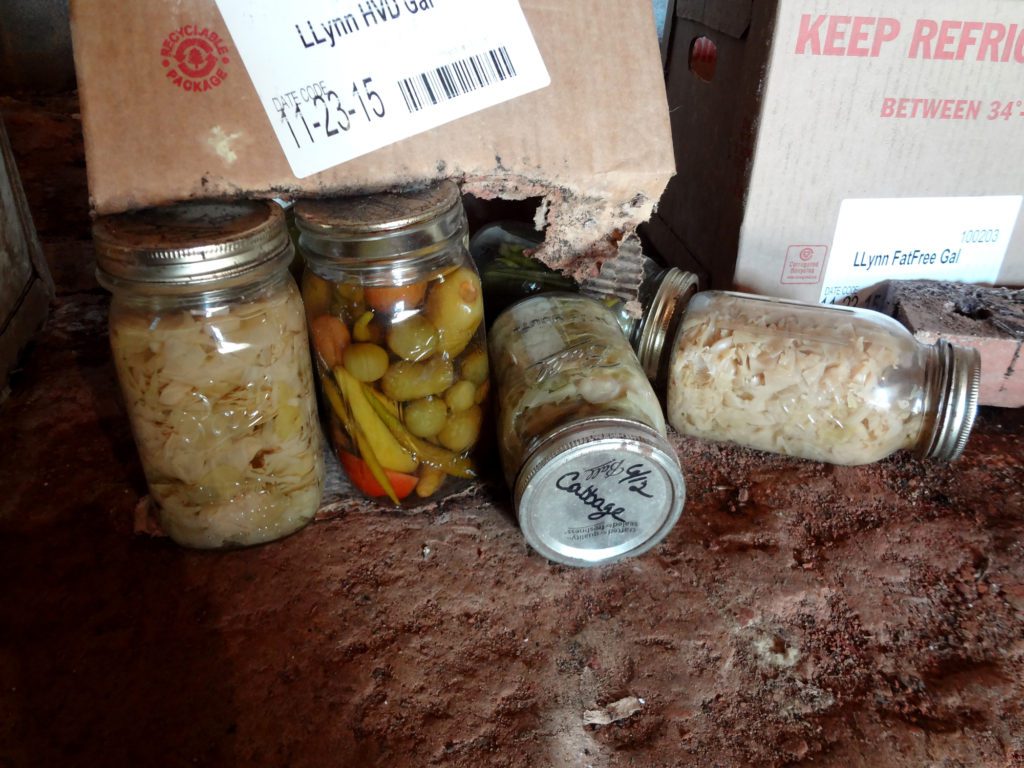 What makes a home your own?

Pleasant, pastoral work. Sweat on the brow. Time spent involved and invested in the land and in the home. Time spent learning the processes of the ecosystem. Knowing the birds and their nests, seeing where the sunlight hits, and where the sweetest shade spots are.

This is the work I’ve been involved in lately, and I am so happily tired!

Our home has a large basement. Half of the basement has a hard-packed clay dirt floor, and it is in this area that we discovered leftover home-canned produce from big wooden storage shelves that lined the wall. Falling out of busted cardboard boxes, the colorful jars were generally labeled with dates only, in Sharpie on the lids. The dates ranged from 2009 through 2012 – much too old to try. There was nothing we considered safe to sample.

Cut to a lovely morning as we first moved in: me and my friend’s daughter sitting on cinderblocks, opening jars, sniffing the contents, and dumping them into a large bucket to be thrown away. There was lots of giggling between serious discussions about safe canning practices, botulism, mold, and mildew. So many of the jars were more tempting than disgusting – the pickles smelled divine, as did the relish and the hot pepper slices. There were pickled green tomatoes with red peppers, beets, green beans, and SO MUCH CABBAGE. We wistfully dumped the jars out and tossed the rusty rings and lids. Now to find a home for all of these lovely wide mouth jars until I need them…

Speaking of which, if you look at the picture above, you can see that some of these jars have rust stains around the tops. While not attractive, the rust spots on the outside of the jar will cause no danger to the canning, but I’m going to attack these with rust remover cleaner before I use them. I prefer that my jars be tidy in case I give them as gifts!

There’s a lot more work to do on our new homestead: plants to put in the ground, plenty of dusty corners and overgrown vines to clean away, fencing to put up, chicken coops to clean out, birdhouses to paint…what lovely work it is!

May your work be a choice and your energy spent doing what you love!

How to Can Tomatoes

Hedgerow Jelly: a recipe from the wild places