A look at a growing allergy to raspberry and other foods with latex and salicylates. 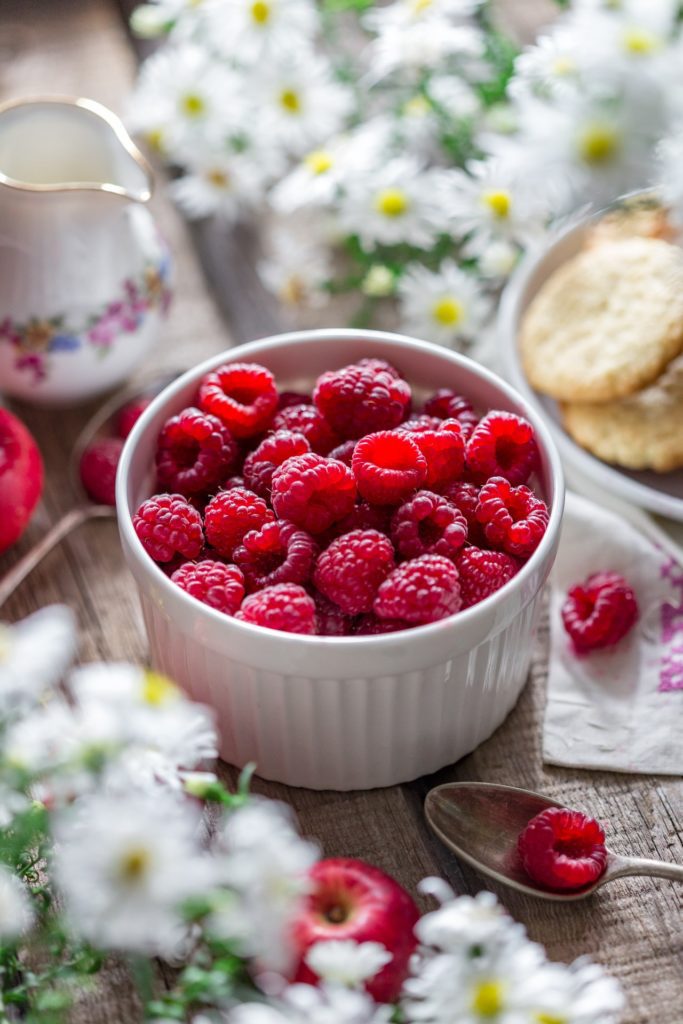 My next experiment is going to be with red raspberry leaf – a longtime herbal ally for menstruation, cramps, and grounding in states of emotional turbulence. I hope that my new sensitivity does not include the dried leaves that I’ve so often used for teas and medicines!

Well, there’s good news and bad news. I still have a sensitivity to raspberry fruit, but I can drink raspberry leaf tea without problems! I accidentally “poisoned” myself the other night. I had a can of roll-out croissants and decided it would be nice to fill them with cream cheese and strawberry jam before I baked them. I whipped the cream cheese and jam together and everything was going well until I popped them in the oven, turned around, and licked the mixing spoon. My tongue began to tingle and I realized that the jelly jar had raspberries on the label – I accidentally grabbed the wrong jar from the fridge!

Since then I’ve done a bit more research. It seems that most people who have allergies to raspberries are actually allergic to Salicylates, a naturally occurring chemical found in many fruits and veggies. Salicylates are a pain reliever, and I first came to know them in the herbal arena because it is the main pain-relieving chemical in willow bark and aspirin. But when I looked through the list of salicylate-rich foods, I realized that I eat many of them quite regularly with no ill effect: avocados, apples, cucumbers, peppermint, broccoli, grapes, cheeses….the list goes on!

Well, at this point I have to admit that this allergy is either a latex or salicylate issue. The tongue-tingling reaction also happens with avocado and bananas, and sometimes with overripe strawberries and pineapple! I love these foods so I’m quite bummed out. I will sometimes have a bit of avocado and I still munch on small bites of fresh pineapple and strawberries, but bananas are something I completely avoid. Even the smell of them makes my stomach roil!