Migraines took my life from me, and made me miserable and wrecked by pain on a daily basis. I am one of the lucky ones who was able to find relief without pharmaceuticals. 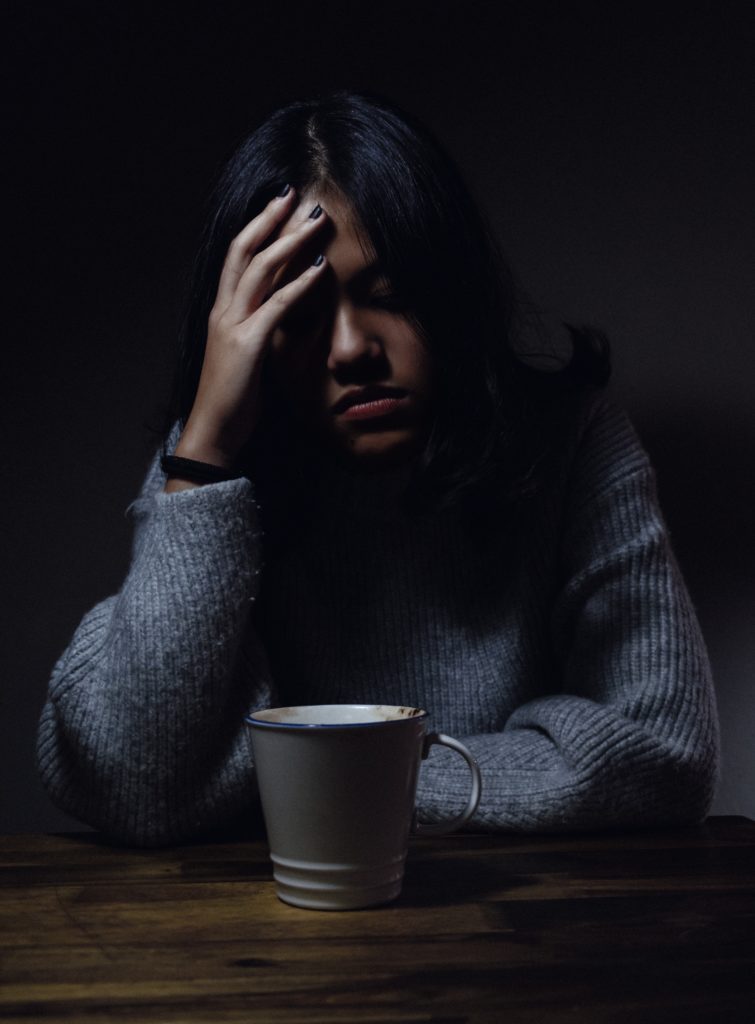 Plagued by severe headaches, I pushed everyone away so that I could lay still in a dark room and not be bothered.  I was still a student in high school and the pain and visual disturbances from the headaches began to affect my grades and my general attitude towards life. I lived in a little tin box of my own making and was mostly just a sad little person.

We went to see doctors and I was given prescription drugs to try…little tiny red pills that made my dreams even more vivid and darkly surreal than usual but didn’t touch the pain…little yellow pills that made me a sleepy zombie but didn’t touch the headache…others my mom put in her cabinet and refused to let me try after she read the brochure came along with it.  No amount of aspirin, acetaminophen, or ibuprofen would budge the throbbing heat that seared my skull along my eyes and eyebrow ridge.

One evening, I was sitting on the couch in the living room and staring at the television, watching as MTV played the video of Live, Lightning Crashes.  My mother began shaking my shoulder and annoyed by her intrusion, I turned to grumble at her.  She handed me a coat and said, “Come on, we are going to the hospital. I’ve been trying to get your attention for five minutes.”  She’d been waving her hands in front of my face, calling my name, and I was so far out there in the haze of pain that I had no idea.

We were at the hospital emergency room for hours that night. The fear that I was “losing it” and of being in the hospital gave me a surge of adrenalin shook the headache’s pounding control over my brain and I felt a little better.  The doctor called us back into a room and began the now-familiar routine of poke, prod, question. Light, cuff, pulse, release. All I remember of him is the view from the knees down as I sullenly participated in the check up…a white doctor coat falling to mid-shin over green doctor pants and orange, high top Chuck Taylors.  After going over the battery of prescriptions that I had been given over the past year to control the headaches, this young doctor sighed and suggested to my mother that we stop the pills. He said that we should go home and brew a pot of strong coffee and that I should wash down four ibuprofen with a cup of it.

I was thirteen or fourteen at the time and enjoyed an occasional coffee – mostly fancy latte drinks from a kiosk at the mall. My mom and I looked at each other, unsure about the doctor’s advice. We tried it when we got home at midnight. I remember sitting in the living room and drinking a cup of cream and sugar with coffee in it and feeling the waters of pain recede slowly like an ebbing tide…the first release in years.  Coffee, or more accurately, the caffeine from the coffee working in tandem with the Ibuprofen was like magic, and even still, I drink coffee every day, just in case.

Every year or so, those headaches return to remind me of the places I have been and moved through, the dark months of pain and pressure and surreality.  Last Sunday night I realized that I was a bit snappy and moody and ran a self-scan.  My awareness was drawn to a pulsing pain over my right eyebrow that only occasionally stabbed through my thoughts like a bolt of lightning, and accompanying light sensitivity.  My depth perception was not functioning well, to boot, and these familiar symptoms made me run for my kitchen to see what I could do to nip this pain in the bud.

Use one tablespoon of tea per cup of tea.

It is important to let this tea steep for at least 15 minutes, and it is best if you make it in a jar or a teapot with a lid.

Feverfew is a bitter herb but the addition of lemon juice and honey makes it more palatable.

The passionflower helps to encourage bedtime and snuggles, feverfew increases body temperature and can make you sweat while sleeping like a rock.  The lemon balm (sweet melissa) offers sedative properties and is known to soothe headaches and nervous conditions.  The rose hips and orange peel are there to be sweet, sour, bitter and provide a good dose of vitamin C.

My experience with this blend:

I had two cups of tea, laid down with a cold pack on my head, and I slept. Even though I had to wake in the night and clean up kitty yarf off of our blanket, I fell back to sleep with no problem and woke in the morning rested and ready.

The following day or two were more emotional than usual for me, which may be due to my history with this particular brand of pain. There was an errant pulse of irritation and pain here and there, but the headache monster was sated.

Another crisis averted…and a new tea made.