I have a dear friend who lives but 10 minutes away, and she has a delicious problem - she has three old, stately pear trees that just put out far too much fruit for her to handle! The good friend that I am, I am happy to relieve her of her difficult burden. 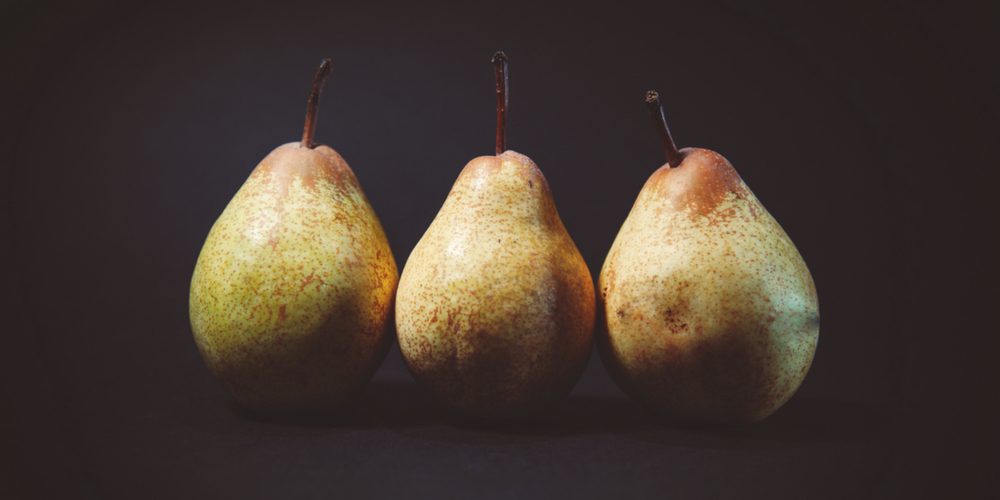 Last fall, when I picked pears, I was dutiful and busy and made pear cordial, pear vinegar, and pear butter! I cannot tell a lie – this year (2017), I was so preoccupied with other activities that by the time I remembered that I had picked a bunch of pears, most of them had turned to a sickly sweet mush. Whoops!

From the few pears that escaped the icky fate of their fellows, I whipped up a small batch of the pear butter I made last year. It didn’t make a ton, but the pear butter we made is quite tasty and worth the minimal effort it takes to make!

This is my technique for making a small batch of pear butter. This recipe can easily be adapted for apple, pumpkin, peaches, or any other fruit (here’s my Damson Pear & Muscadine Butter). We ended up with two 4oz jelly jars and most of an 8oz jar from this recipe.

Pear butter is great on toast, with peanut butter, on pancakes, or warm it to drizzle over cheesecake. Seriously! If you haven’t tried warmed jelly or fruit butters on ice cream, you’re missing out!

One Gallon of Mint Wine {Recipe}