On our last episode… Alright! Remember way back in May when I decided to try to grow potatoes? If you don’t, visit “Growing Potatoes in Containers: The Experiment” first to see how this container gardening experiment began (known around here as “Growing Taters in a Poke”). The sprouted potatoes went into their containers in late April. Six… 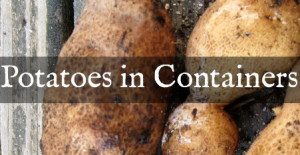 On our last episode…

Alright! Remember way back in May when I decided to try to grow potatoes? If you don’t, visit “Growing Potatoes in Containers: The Experiment” first to see how this container gardening experiment began (known around here as “Growing Taters in a Poke”).

April and May were nice and damp, and I just watched and let the potato plants grow.  As they did, I added more soil and unrolled the bags up to hold the new dirt.

June and July is when things went a bit crazy…between work, house maintenance, and a few events that kept us away for days at a time, the garden fell to the wayside.  Around mid-June I realized that there were slugs decimating the live potato plants…and that I was too late to save the potatoes that I had planted in the small black plastic pot. The leaves were eaten clean away by slugs or cutworms and the pitiful little stem withered and died. One down, two still going…

August wasn’t much quieter, either…from traveling to visit my family to more events to house guests, I just didn’t spend any time in the yard. Because of that, check out what the potato corner looked like by the time I got to it to harvest it today. Shame on me! 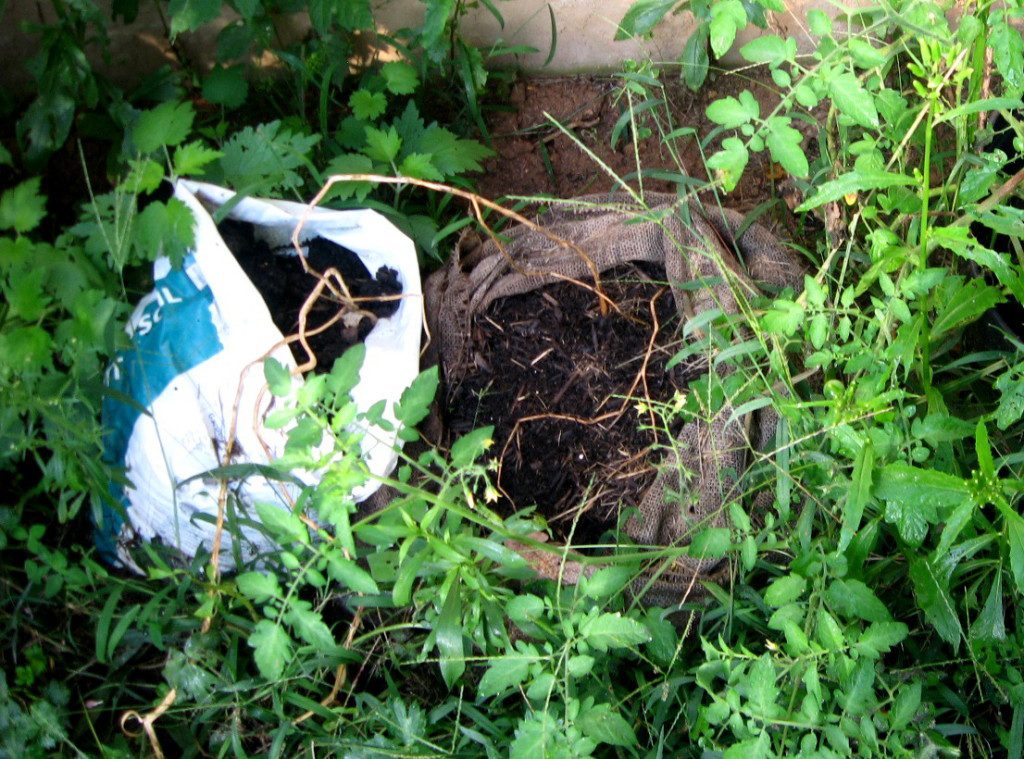 Can you see them through the weeds?

So. From what I’ve read, you harvest your potatoes a week or two after you notice the plants die back. Early September seemed to be the time around here! I pulled back most of the weeds, moved the cherry tomato back (it was about to claim dominance over my house) and took a deep breath. I grabbed the plastic sack and dumped it upside down. There *might* have been squeals of delight when I saw all of the big, fat happy worms wriggling in the black soil! Everything looked great – there were no ants or slugs here…but only ONE potato.

Next, I tugged on the burlap sack. It did not turn over. Instead, the burlap promptly fell apart in my hands and left a big pile of rich black dirt full of life. There were ants, centipedes, slugs, spiders, worms…so I went into it with a bit more caution. I used my blunt hand shovel to move the dirt around so I could pull out the potatoes therein.

All five of them. 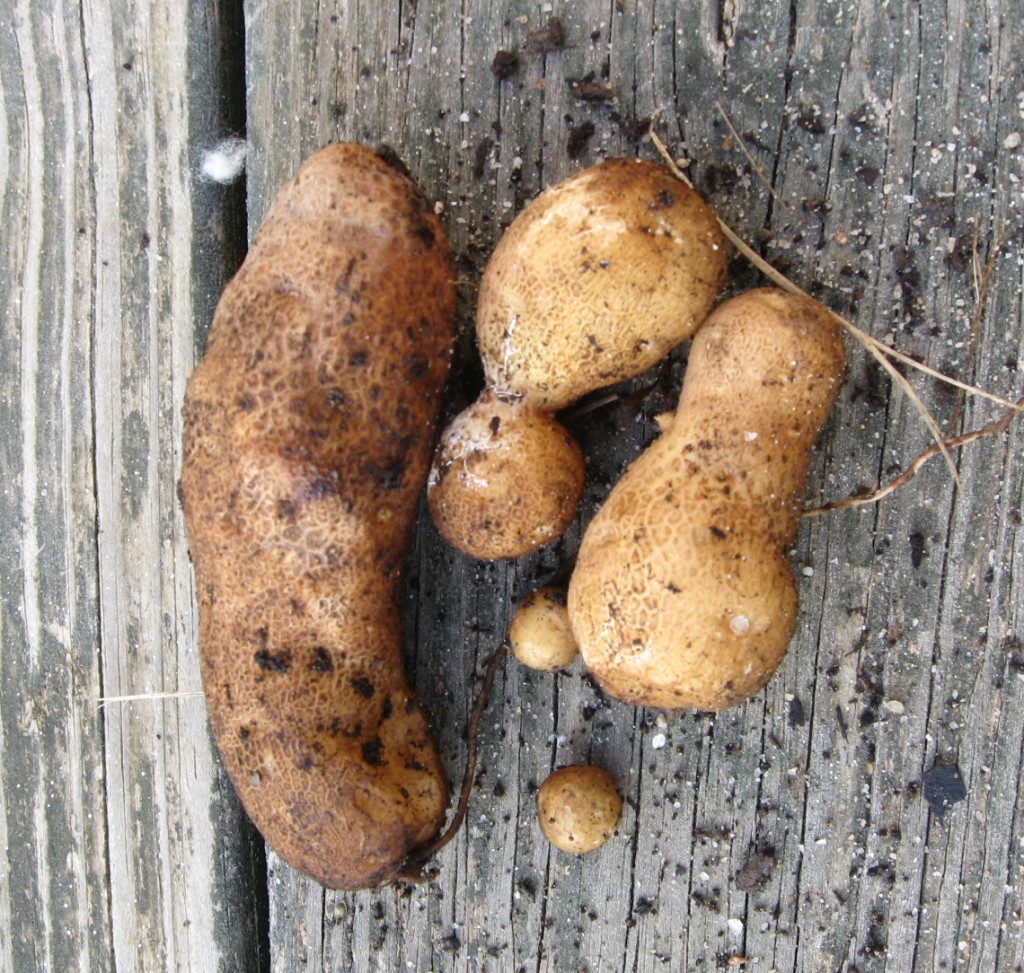 The giant potato harvest of 2014

I suppose that I will try again next year, as long as I can give it more attention that I did this year.  Or maybe I’ll try a potato tower, or different structure.  *sigh*

The momentous occasion was documented on camera, if you want to take a gander:

Raised Beds and Making Do in the Garden