Ticks and Lyme Disease: The Basics of Lyme

Chapter 1: The Bite Chapter 2:  The Next Steps Chapter 3: The Basics of Lyme So.  Before I continue my tale, let me explain why I went into this process already armed with a decent amount of knowledge about Lyme disease. Over ten years ago, my love, Eric, got a tick on his stomach. We both recall… 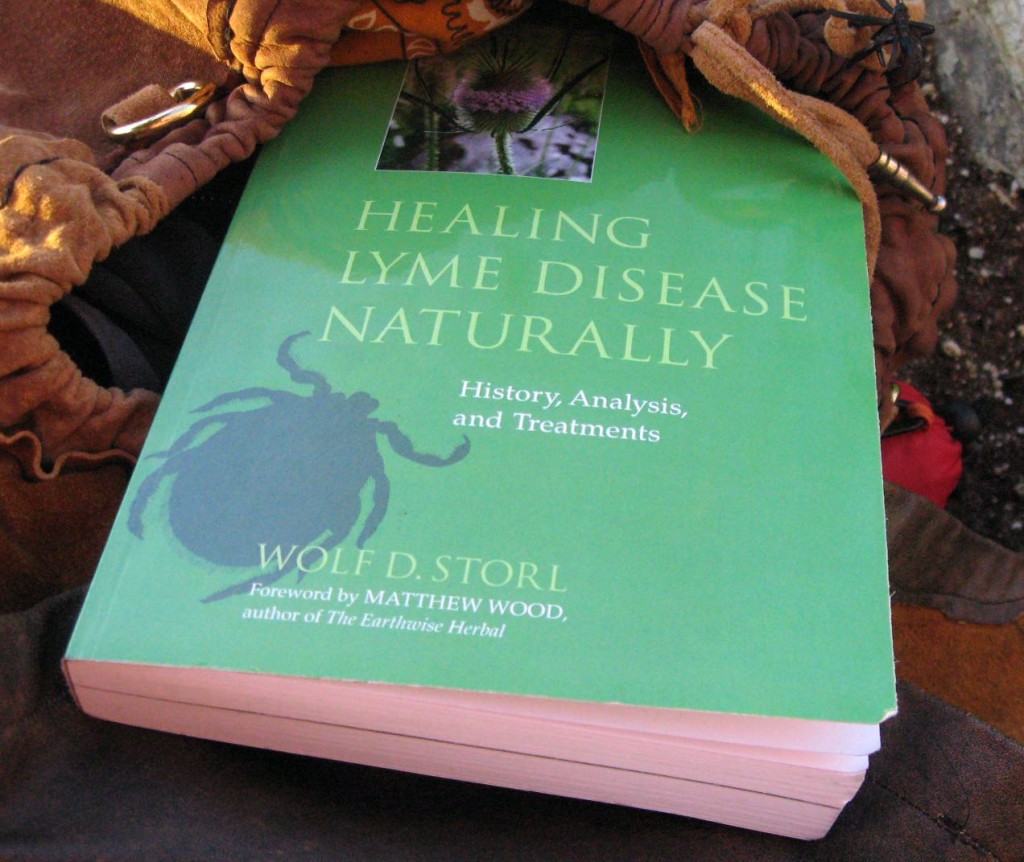 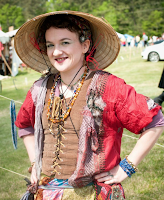 In this picture, there are three ticks under my bodice that I don’t know about yet. Image by AnimazeGuy

Chapter 1: The Bite
Chapter 2:  The Next Steps
Chapter 3: The Basics of Lyme

So.  Before I continue my tale, let me explain why I went into this process already armed with a decent amount of knowledge about Lyme disease.

Over ten years ago, my love, Eric, got a tick on his stomach. We both recall the incident quite well! It was the first time I had removed a tick from someone. The tick was pinched off with tweezers and then treated with antibacterial ointment, but the bite area still developed a splotchy rash that itched him like crazy for a few weeks. Right around the time that the rash was fading, Eric became ill for a few days and had to take off of work. We did not know about Lyme, and so we assumed it was just the flu and just let it go on by.

Five years later, a friend’s toddler became ill with Lyme after a large group camping trip. She emailed everyone who had been camping with them, forwarding a few websites and checklists so we could educate ourselves about tick-borne illnesses. Meanwhile, Eric had been dealing with ever-increasing issues that we didn’t understand…TMJ, seriously aching neck and shoulder muscles, fatigue, emotional exhaustion and mood swings, popping joints, regular cases of tendonitis, and more. As we read about our friend’s daughter, and then through the checklists for Lyme, we realized that his condition reflected over 80% of the symptoms of untreated Lyme. And Lyme disease is tricky…

“I began researching this and reading that the Lyme bacteria — Borrelia burgdorferi — can hide, change shapes, go dormant and create a biofilm to encase itself in order to survive in the body,” he said. “It’s the great imitator. It’s misdiagnosed as Alzheimer’s, autism, arthritis, Parkinson’s, chronic fatigue, MS.” (Eric Huck, PennLive, “When Lyme disease symptoms stick around” Kimmel)

A few weeks after we put in more research and realized the situation at hand, we paid a visit to our doctor. She was not up to speed on Lyme, and so ordered a blood test for Eric. The test came out to be negative and the doctor wasn’t convinced that we needed to pursue further exploration. We’ve since read that tests for chronic Lyme have a high chance of false negatives, as the spirochetes can hide in the muscle fibers and therefore not appear in blood tests.

Frustrated, we turned to herbalism and have been treating Eric’s symptoms and helping to keep the Lyme flare-ups under control with Teasel root tincture and bitters (as guided by the wisdom of Matthew Wood and Lady Barbara).  Even though we are working to ease his symptoms, build up his immune system, and feed him good, clean food to keep him strong and healthy, there are some days where he has a really hard time.

The Book of Herbal Wisdom: Using Plants as Medicines by Matthew Wood

When Lyme Diseases Stick Around, by Carolyn Kimmel in PennLive, 1/30/2013

(she’s passed away, and her words are lost to the world)

Chapter 5: Next to come…my trip to the doctor, symptoms, fatigue, and more.

Chickweed as an Herbal Ally