Guess what? It turns out that I Make Mead Like a Viking.  Specifically, an Appalachian Yeti Viking! I was lucky enough to cross paths with Jereme Zimmerman online a few months before his book was to be released. After doing a bit of chatting back and forth and then reading his articles on Earthineer, I had… 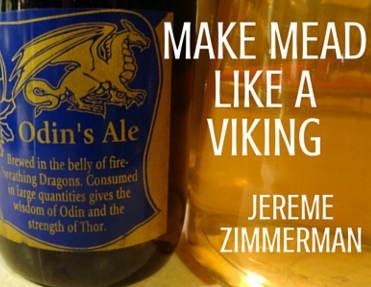 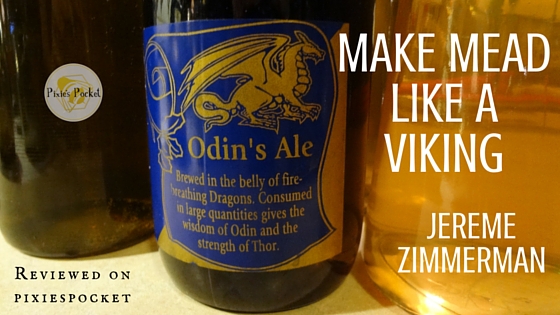 It turns out that I Make Mead Like a Viking.

I was lucky enough to cross paths with Jereme Zimmerman online a few months before his book was to be released. After doing a bit of chatting back and forth and then reading his articles on Earthineer, I had an inkling that I’d really enjoy Jereme’s take on homebrewing. We both appreciate each other’s rather wild, open-to-chance, mad scientist brewing methods (some might say haphazard. some people are boring.) After his recent publication date, I waited with baited breath for a copy of Jereme’s shiny new book to arrive in my mailbox!

Jereme Zimmerman’s “Make Mead Like a Viking: Traditional Techniques for Brewing Natural, Wild-Fermented, Honey-Based Wines and Beers” is a fantastic read for brewers who are interested in breaking out of the rigid, hyper-sterilized work of modern brewing and into the ancient whole-hive, open-jar styles of fermentation.  The methods of brewing mead that Jereme offers to his readers are likely quite similar to the brewing techniques used by our forefathers, Viking or no. 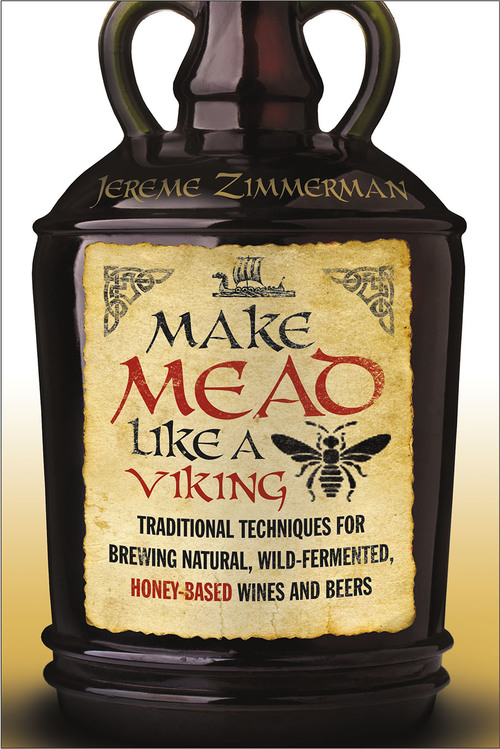 Click to buy directly from the author’s own page!

I’m the sort of person who talks to her plants, you know. Plants and other “invisible” or “non-sentient” life forms are great conversationalists! I talk to the yeast bubbling away in my carboys. I cheer on the bacteria turning my garlic cloves into golden magic. I welcome the magic of fermentation, invite the spirits of transmutation, stir and summon forth the powers of alchemy! It’s important to acknowledge the magic of these often-invisible powers that make our food last longer, taste better, and modify our perception of the world around us. 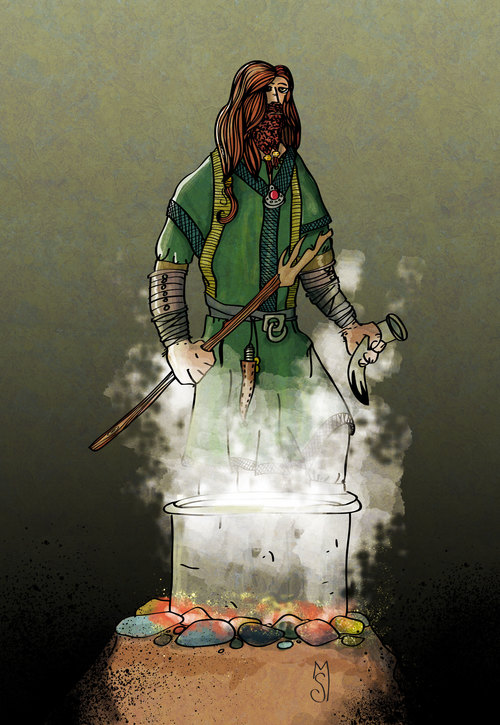 Quite a bit of Make Mead Like a Viking is dedicated to techniques and explanations of the way brewing was accomplished in the old days. There’s a stark contrast between the “add this chemical” and “measure that exactly!” and “sterilize! sterilize! sterilize!” methods of modern brewing and the ancient techniques where the process was considered a magic of sorts. The yeast bryggjemann were summoned by stirring the brews with the same wooden spoon every time (magic wand!) and using the same pots and jars – the yeast spirits lived in the spoon and in the containers. The sort of sterilization that is standard these days means death to the spirits and the magic of the local yeast strain that made the fermentation happen!

Jereme goes into much of the poetry, rituals, beliefs and folkways that accompanied the process of brewing, and geeks out on it in the same way I enjoy doing! A large portion of Make Mead Like a Viking is dedicated to spinning the yarns of history, folklore, and the traditions of ancient brewing techniques as we know them. In this, you can see Jereme’s passion for his ancestral knowledge, but those stories are well researched and documented, with an extensive list of resources a reader may use to continue their own studies as they wish.

And then there are the recipes. Jereme shares his experience and skill with making mead, sweet or dry, melomels, metheglins, braggots and beers, herbal brews and flowery wines, grog, and even Ethiopian T’ej. If you can brew it with honey, you can likely find it in this book!

Overall, I found Make Mead Like a Viking to be quite inspirational. I read the book and took it as a rallying cry to keep moving forward, to stop apologizing for some of my odd brews, to instead claim the wyrd and run with it!  As the years have wound on, I’ve been angling more and more towards wild fermentation and with the support of Jereme, Sandor Ellis Katz, Stephen Harrod Buhner and other wild folks, I’m won over to taking my walks on the wild side.

I will bide my time for Jereme to finish his book tours and speaking appearances, but I foresee a future collaboration whether he likes it or not. Pixies are small and can easily sneak up on Yeti Viking types!  Perhaps we can come up with a Pixie Viking Mead? Something strong and heady with oak chips and dense wildflower honey full of comb and bee bits, brewed up around a fire, loud with tipsy songs sung to the bubbling yeast bryggjemann…it’s gonna be awesome!

“Quench” and some Autumnal Goodies