Are you Ready to Die?

October. Samhain. The Turn of the Wheel. At a festival years ago, Eric and I were asked to hold a position in an autumnal ritual – to play the role of questioner, of taunter, of fae…in this case, some little devils known as the “Ooga Boogas.” Sunset had begun. A line of ritual attendees paraded… 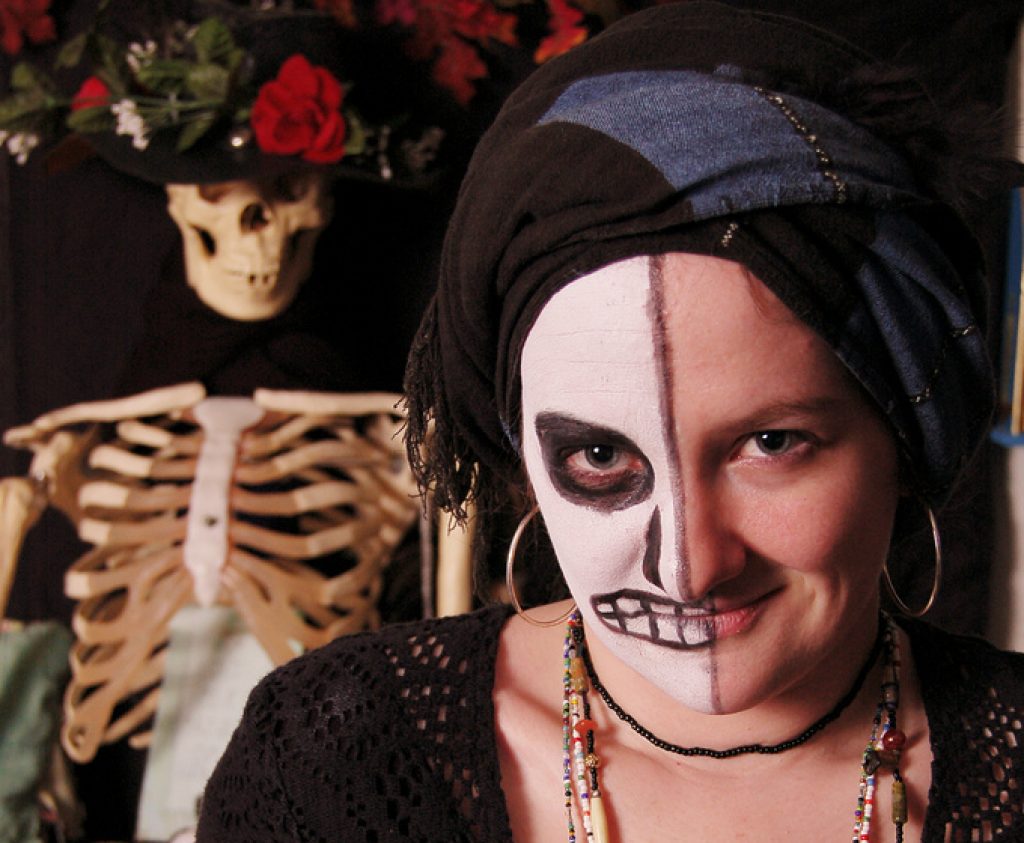 October. Samhain. The Turn of the Wheel.

At a festival years ago, Eric and I were asked to hold a position in an autumnal ritual – to play the role of questioner, of taunter, of fae…in this case, some little devils known as the “Ooga Boogas.”

Sunset had begun. A line of ritual attendees paraded themselves to the valley with the raised circle waiting for them, and they were all told to think of the goals we wanted to accomplish in the coming solitude of the winter months and were also to contemplate the harvest of our mind and body’s work of the previous year.

Everyone began to follow this focus and create those visualizations until they reached the ritual circle. Then as we felt the tug, one by one, all of the Ooga Boogas peeled away silently from the line and began darting around, whispering doubts into the ears of those meditating. We asked them the sort of tough questions that are hard to ask yourself, and even harder to answer.

“Are you happy with your life?”

“What are you doing with your time here on Earth?”

“How much is your life worth to you?”

And as the ritual progressed, we melted back into the lines of attendees, all of us riding the waves of magic as it rippled throughout the night. Confidence and reassurance were returned to those who listened to the questions and heard the doubts and fears prompted by our whispers, and the concerns were temporarily forgotten as people began to dance and celebrate around the huge fire ringed by drums.

One of my fellow doubt-bringers was a Priest of the Serpent path and was quite an appropriately chosen Ooga Booga, in my opinion. Yet after the ritual, I found him quite distraught, seemingly wrapped in the doubts he’d been asked to spread. I asked him if he was well, and he explained that he couldn’t whisper a single thing to anyone participating. He said that the only question that he could imagine was too harsh, and would terrify people.

The only question he had was “Are you ready to die?”

Most people know me as a creature of light, oh my gentle readers. And this is true. But more than that, I am a creature of balance. I acknowledge the dark desires as well as those selfless and pure. I informed this priest that his question was the most potent and precise of all that I heard asked.

Am I ready to die? Should it all end tomorrow, would I be satisfied with all that I have accomplished or experienced? Most of my soul feels that it is so – I would not be a weeping and wandering ghost full of unrequited loves and unspoken words. (Were I to be a ghost, I would be one just for the fun of terrorizing and alternately amazing people with my shimmering nature. It’s a kick! I suggest you try it sometime when you are good and dead.)

Are you ready to die? And if not, then what is it you haven’t done, and why haven’t you done it? This is the season of mirror-staring; of omphaloskepsis, of scrying. Enter into winter prepared, my lovies. This season has some big ripples for us to ride.

Are you ready to live?

March is Green and Misty

The Birth of Mother Love Honey